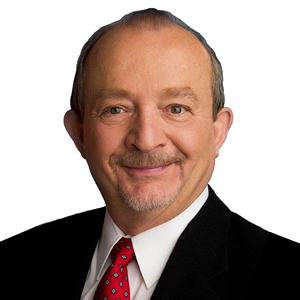 Ronald A. McMaster became a member of The Buckeye Institute board in 2009.

He is retired from the presidencies of McMaster Fuel Ltd. and McMaster Motor Company. The former company was developing hydrogen fuel systems for internal combustion engines. The latter company was developing the latest McMaster rotary engine invented by his father, Harold A. McMaster, and his uncle, Robert G. McMaster, both deceased. Dr. McMaster was involved with a prior version of the McMaster rotary engine in the early 1970s.

Dr. McMaster was vice president of corporate development for Glasstech, Inc., when he retired in October 2001 after a 24-year career. He was subsequently retained as a consultant. Glasstech, Inc. is a leading manufacturer of glass bending and tempering systems for the international automotive and architectural glass industries.

Dr. McMaster has been involved in research, development, and engineering in the glass industry for 38 years. His main interests are in the advancement of glass forming, tempering and annealing technologies and their commercialization. He holds, or co-holds, 26 patents. Dr. McMaster has given technical presentations concerning glass tempering in Brazil, China, France, Germany, Japan, Mexico, and the United States.  He has published several technical papers concerning glass tempering and wrote the update of the Annealing and Tempering Section of the 3rd edition of The Handbook of Glass Manufacture 1984 and co-wrote the Annealed and Tempered Glass Section of Engineered Materials Handbook, Volume 4, Ceramics and Glass 1991.

In addition to the board of The Buckeye Institute, Dr. McMaster also serves on the boards of the McMaster Family Foundation, Owens Community College Foundation and the Ohio Foundation of Independent Colleges as well as on the Toledo Symphony Orchestra Advisory Board, the University of Toledo College of Medicine Advisory Council, and the University of Toledo College of Medicine Medical Research Society. He also serves on Session as an elder of the First Presbyterian Church (USA) of Maumee.

On the personal side, Dr. McMaster enjoys playing the piano, listening to classical music, singing in the church choir, flower and vegetable gardening, traveling, and learning about prosperity, Christianity, and U.S. and world history.