This opinion piece was first published by RealClearPolicy.

Democrats in Washington are looking to bolster their tax-and-spend reputation as they try to pass an “infrastructure” package currently slated to cost taxpayers roughly $3.5 trillion in spending and untold sums in tax increases to “pay” for it. Corporate tax hikes along with higher cigarette and income taxes have been proposed to offset some of the spend-a-thon. But although some of the new tax proposals have made headlines, others have garnered less attention than they deserve.

The Democratic drive to raise the federal corporate income tax from 21 to 26.5 percent, for example, has been widely reported, while the tax hikes proposed for small businesses, such as S-corporations and partnerships, have not. Reports have focused more on Wall Street than Main Street even though small businesses and partnerships comprise the majority of America’s businesses and Main Street will shoulder a heavier new tax burden than their Wall Street competitors under the new Democratic tax plan. But neither set of tax increases will be good for U.S. businesses or consumers.

American C-corporations currently pay a flat 21 percent federal tax on their profits. Congressional Democrats want them to pay 26 percent — one of the highest corporate tax rates in the world. American small businesses, S-corporations, and partnerships, however, pay taxes according to the progressive income tax scale — with a top individual tax rate that would increase to over 40 percent under the congressional Democrats’ tax plan.

As U.S. businesses — big and small — continue to recover from the pandemic’s stifling economic effects, this is no time to hit them with higher taxes. International economists recommend reducing corporate and capital taxes because they do the most damage, and many states along with much of the industrial world have moved to reduce corporate taxation precisely because lower taxes encourage business growth, hiring, innovation, and higher wages.

But Democrats in Washington think they know better and want to make some of America’s small businesses and partnerships the most heavily taxed businesses on the planet. That misguided hubris will threaten jobs and prosperity across the country.

Midwestern states like Ohio, for instance, have strategically reduced their tax burdens to help small businesses grow and compete with larger corporations. Some state policymakers understand that fledgling companies not only create new jobs and spur economic opportunities, but they need to retain their working capital to do it. Syphoning even more small business money to Washington, even from more established firms, undermines those efforts.

Perhaps congressional Democrats need a refresher on how corporate taxes work in the real world. Federal corporate tax increases will either be passed along to consumers through higher wholesale and retail prices, or else leave businesses with fewer dollars to invest in their workers or grow their operations. Either way, American prosperity will suffer under the Democrats’ tax-and-spend proposal.

And so will their competitive advantage. As other countries reduce their corporate tax burdens, their companies can lower prices to attract new customers and pay higher wages to attract new workers — all at the expense of American companies trying to compete in a global market.

Some states have worked hard in recent years to grow their economies and recover from the Great Recession by reducing the tax burdens faced by small businesses. Congress and the Biden Administration seem poised to negate those laudable efforts with one of the largest corporate tax hikes in American history — and many small businesses and their employees may be completely unaware that it’s coming, and that they and their customers will pay the price.

Rea S. Hederman Jr. is executive director of the Economic Research Center and vice president of policy at The Buckeye Institute in Columbus, Ohio. 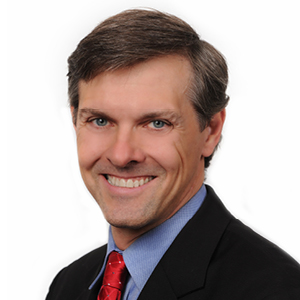