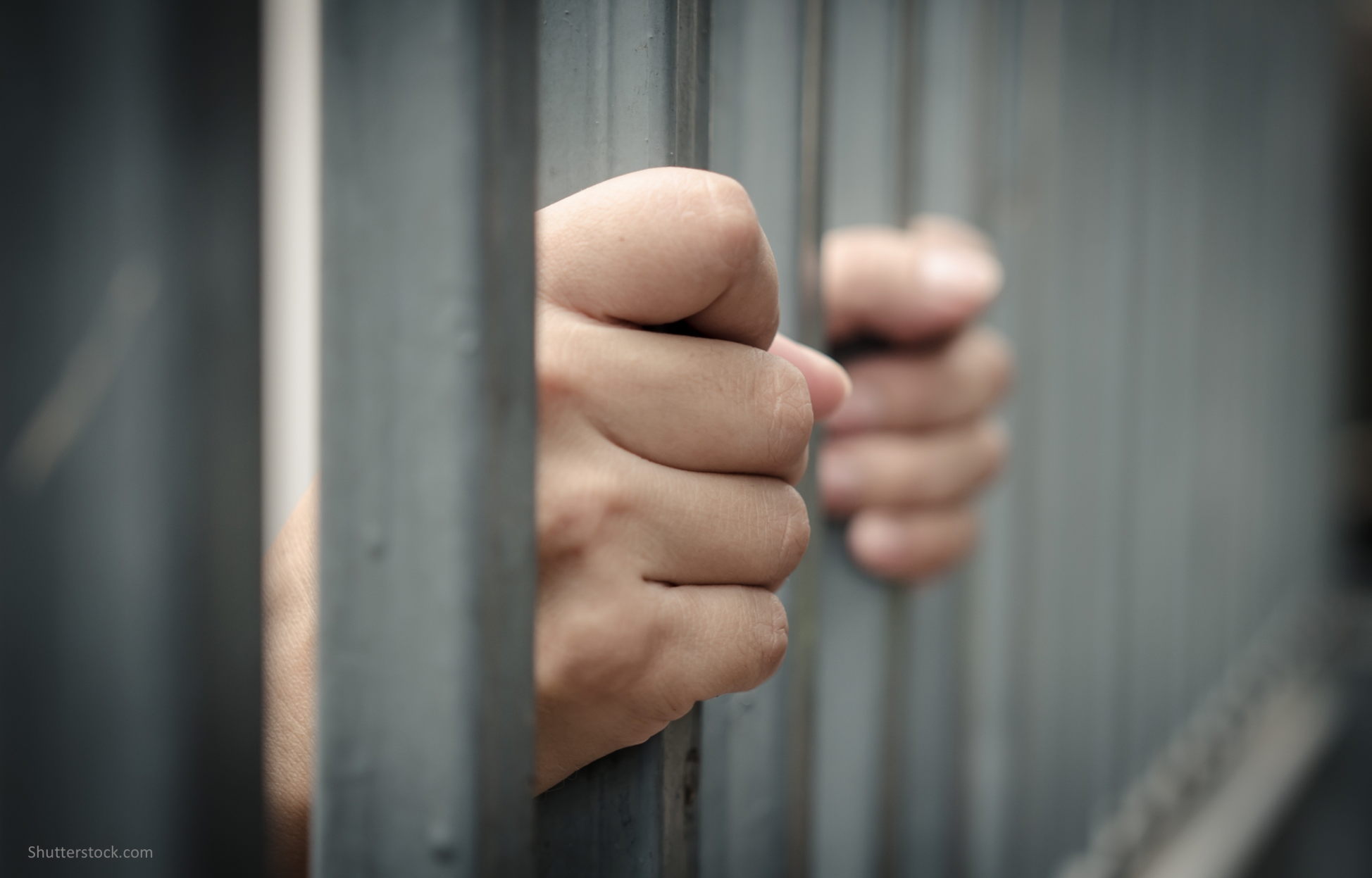 Issue 1 and its criminal justice reform measures would move Ohio in the right direction on a road paved with good intentions concerning issues such as drug possession, criminal sentencing, and mental health treatment. Unfortunately, Issue 1 proponents have chosen the wrong vehicle to take us where we need to go, and that well-intended, well-paved road may not offer as smooth a ride as many of its advocates claim.

The Buckeye Institute does not support or oppose ballot initiatives or legislation. It does, however, care about public policy and, specifically, criminal justice reform. Not surprisingly, Buckeye is often asked about Issue 1’s proposals to make many drug possession crimes misdemeanors, increase earned credit time for those serving prison sentences, and invest savings into addiction and mental health treatment.

Our answer is thus:

We agree with many of Issue 1’s policy objectives, but we worry about the hidden, unintended consequences of using the constitutional amendment vehicle to pursue them. Among other things, Issue 1 proposes complex criminal sentencing reform—a notoriously difficult and thorny issue that historically requires changes, tweaks, and tinkerings to get right and keep pace with social norms and the criminal code.

Implementing sentence reforms is a tricky business, full of trial and error, and should be Exhibit A for the kind of legal reforms suited to the more flexible and forgiving legislative process rather than the stone-like severity of constitutional amendments. Take the federal Anti-Drug Abuse Act that Congress enacted in the 1980s making sentences and mandatory prison time for crack cocaine offenses 100 times more severe than for powder cocaine. The law devastated minority communities by imprisoning generations of minority men—fathers, husbands, sons—for long periods of time. It proved a colossal failure, requiring change after change in an effort to cope with the unfairness and destruction it wrought.

But the Anti-Drug Abuse Act, like Issue 1, was proffered with the best intentions of bringing about positive social change. Congressman Charlie Rangel, a prominent leader of the Congressional Black Caucus, was the driving force behind the law, believing that the threat of long prison sentences would drive crack cocaine and its nefarious dealers out of the inner cities. Fortunately, the Anti-Drug Abuse Act was just a law—an important law—but one that could be revised and updated as necessary with the relative ease of mere majorities in Congress, rather than enshrined almost indelibly in the U.S. Constitution.

Ohio should have already learned its lesson about using state constitutional amendments as weapons on the special interests battlefield. In 2009, after a multimillion dollar campaign, Ohio placed individual property descriptions in the state constitution to indicate the only parcels of property where casinos may legally operate in Ohio. That ill-advised amendment had to be amended the very next year after another multimillion dollar special interest campaign when the location of one of Ohio’s casinos changed. Criminal sentencing reform is no place to repeat a similar mistake. And constitutional amendments are an unforgiving forum for confronting unintended consequences.

Issue 1 proposes to prohibit incarceration for first- and second-time drug possession offenses. We generally agree that long-term incarceration is usually not the best answer for those suffering from drug addiction, and we have even suggested that many drug-possession crimes in Ohio should be codified as misdemeanors rather than felonies. After all, a felony conviction can be a lifelong burden that weighs heavily on employment prospects, education opportunities, and even finding affordable housing, and those struggling to overcome drug addiction do not need the added weight of a felony conviction—much less a long and disruptive prison sentence—as they take courageous steps to pull their lives back together.

But prohibiting any incarceration for first- and second-time possession offenses could result in more offenders being charged with drug “trafficking” rather than possession. Ohio’s legal definition of drug “trafficking” includes far more behavior and would affect many more people than merely the stereotypical drug dealer. Currently, those who share illegal narcotics with their friends or family are “traffickers” under Ohio law. Nevertheless, such low-level “traffickers” are often never convicted of drug trafficking because they likely plead guilty to a first- or second-time “possession” charge, a less serious offense. But under Issue 1’s proposal, any incarceration for those low-level possession charges would be off the plea-bargaining table, which may make prosecutors less inclined to offer “possession” plea bargains when a “trafficking” charge with stiffer penalties remains available. Oklahoma passed a similar provision and saw drug possession prosecutions fall, but its trafficking prosecutions rise by 18 percent.

Regrettably and unintentionally, Issue 1’s ban on incarceration for early drug-possession offenses would deprive Ohio drug courts of a key tool for fighting illegal drug use and possession: swift and certain sanctions. Swift and certain sanctions programs require regular drug testing for those on court-ordered probation. The science of drug addiction shows that even those who successfully rehabilitate will experience relapses on the road to recovery. Swift and certain sanctions programs account for those relapses and instead of revoking probation or sending people directly to jail (without passing Go) to serve the remainder of a long prison sentence, judges have the discretion to hand down a jail sentence of just a day or two. That short disruption—or even the threat of it—in the recovering person’s life is usually enough incentive to keep them moving along the straight-and-narrow without losing their job, their apartment, or their family. But Issue 1 would eliminate the drug courts’ use of successful swift and certain sanctions programs, and thus threaten to compound the tragedy of an already tragic situation.

Finally, some vagueness and imprecision in Issue 1’s proposed wording could lead to higher recidivism rates and present a greater risk to public safety. The amendment would award up to 25 percent earned credit toward early release for all offenders (except murderers, rapists, and child molesters) who participate in education and rehabilitation programs while incarcerated. That is a significant improvement over Ohio’s paltry eight percent earned credit, which currently puts Ohio toward the bottom of the barrel nationally, and pales in comparison to a possible 33 percent earned credit in Indiana and up to 50 percent credit in Connecticut for non-violent offenses. Earned credit is important for ensuring public safety because 95 percent of those who go to prison will someday return to their communities.

We have a vested interest in having those who go to prison return to us better than when they went in, and studies have shown that successful participation in earned credit programs can drastically reduce recidivism. Unfortunately, as currently worded, Issue 1 does not require that the program participation must be successful. Advocates argue that successful participation is implied, but such requirements—especially on matters of such significance—should not be left to chance, coincidence, or legal implication. They should be clear, express, and precise, lest more unintended consequences flow from what was merely “implied.”

Issue 1 has many laudable policy goals and preferences. But those same goals and preferences are not the stuff of state constitutions. They are matters that require a flexible, deliberative process that can accommodate change and swift revision. They are matters for the General Assembly and the Ohio Revised Code to visit and revisit as needed, not the architectural substructure of our state government. Proponents of Issue 1 have identified a worthy destination, but amending the Ohio constitution is the wrong way to get there.

Daniel J. Dew is a legal fellow with The Buckeye Institute’s Legal Center.