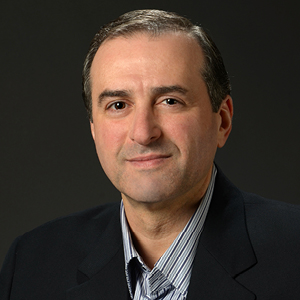 Andrew O. Smith joined The Buckeye Institute board in 2014.

A career manufacturing executive with a long-standing interest in economic policy, Mr. Smith started in business by working at a shoe factory during and after college. Following graduate school, he worked as a management consultant in the strategy practice of Booz Allen Hamilton, where his clients were major industrial and financial corporations.

Mr. Smith came to the Yenkin-Majestic Paint Corporation / OPC Polymers in 1995, becoming president and chief executive officer in 2019. In this role, he oversees a diverse chemical manufacturing company that serves a broad base of industrial customers throughout North America.

Mr. Smith was a member of and published a Comment in the University of Chicago Law Review, and was awarded the Olin Prize as the outstanding graduate in the field of law and economics, reflecting his interest in public policy where business and government intersect. His first book, Sand in the Gears: How Public Policy Has Crippled American Manufacturing, was published in 2013, and his second, Financial Literacy for Millennials: A Practical Guide to Managing Your Financial Life for Teens, College Students, and Young Adults, came out in 2016.

In addition to serving on the boards of the Yenkin-Majestic Paint Corporation / OPC Polymers and Core Molding Technologies, Inc., Mr. Smith has been active in several community, religious, and professional organizations. A native of Bath, Maine, he now lives in Columbus, Ohio.