Resolution of the Case

If the Biden Administration insists on any further attempt at implementing this unlawful mandate through other means including, for example, usual notice-and-comment rulemaking, The Buckeye Institute will of course look forward to seeing them in court—again.

In one of the most far-reaching and invasive rules ever promulgated by the federal government, the Biden Administration imposed an unconstitutional and ill-advised vaccine mandate that not only would have impacted companies like The Buckeye Institute’s clients—Phillips Manufacturing & Tower Company and Sixarp—and their employees, but would have also devastated an already fragile labor market and supply chains that are still struggling to recover from the pandemic.

The mandate was a transparent attempt by the Biden Administration to work around statutory and constitutional limitations on federal power to impose requirements on individuals, and

In addition to highlighting the numerous and fatal legal problems with the federal vaccine mandate, The Buckeye Institute’s clients demonstrated the unnecessary economic damage it would have caused not only to a struggling U.S. economy, but also to the Midwestern communities where these companies are located and to the lives and families of the hardworking men and women who work in them.

As lead attorney and counsel of record in the case Robert Alt, who is also the president and chief executive officer of The Buckeye Institute, wrote in The Wall Street Journal, “[O]ur nation’s Founders understood that much mischief can be done under the theory of being ‘for your own good’ and provided limits to government authorities accordingly. Even during a pandemic, the Biden administration would do well to respect those limits.”

Phillips Manufacturing & Tower Company has invested significant resources in providing antibody testing for its employees. The results of these tests demonstrate that a significant number of the company’s unvaccinated employees already have natural immunity, which numerous studies show is stronger and longer lasting than vaccinated immunity. Even so, the federal vaccine mandate would require Phillips to terminate these productive and trained employees if they refuse either to be vaccinated or to engage in weekly testing. Internal company surveys reveal that a significant number of employees would leave Phillips Manufacturing & Tower Company if they were forced to comply with President Biden’s vaccine mandate. This reality in combination with a current worker shortage would financially devastate the company, the community, and would cripple the supply chain of steel tubing that is vital to employers in other industries. The vaccine mandate would also impact the company’s ability to fulfill current contracts, leading to a loss of customers to foreign-based suppliers, which would result in significant contractual penalties if Phillips is unable to fill orders due to worker shortages. The mandate, if implemented, would cost Phillips Manufacturing nearly $1 million annually.

Read Ms. Phillips op-ed explaining why she is challenging President Biden’s vaccine mandate: I Am Challenging the Vaccine Mandate to Protect My Workers' Jobs, RealClearPolicy

Sixarp employs more than 600 people at its Grand Rapids packaging facility, and dozens of employees in Ohio. Sixarp provides secondary packaging operations for products including over-the-counter and prescription pharmaceuticals. Sixarp is a critical component of the U.S. supply chain that is already facing worker shortages, which of course the vaccine mandate would exacerbate. With the holiday season fast approaching, complying with the mandate would have a devastatingly negative impact on production, not to mention the effect it would have on employees who—many due to sincerely held religious beliefs—would be forced to either quit their jobs or violate their conscience.

Current Status
On January 25, 2022, the Biden Administration conceded that The Buckeye Institute’s clients were ultimately likely to prevail in their legal challenge of the vaccine mandate and entirely withdrew its emergency temporary standard rule.

January 25, 2022
The Biden Administration concedes that The Buckeye Institute’s clients were ultimately likely to prevail in their legal challenge of the vaccine mandate and entirely withdraws its emergency temporary standard rule.

January 13, 2022
The Supreme Court of the United States issued an emergency stay halting the enforcement of the unlawful OSHA mandate.

January 7, 2022
The Buckeye Institute issues a statement after the U.S. Supreme Court’s oral arguments in the vaccine mandate case.

January 3, 2022
The Buckeye Institute files its reply brief in the Supreme Court of the United States outlining why an emergency stay is urgently needed in Buckeye’s OSHA vaccine mandate case—Phillips v. OSHA.

December 22, 2021
The U.S. Supreme Court issues an order deferring a decision on the emergency stay until oral arguments, which the court set for January 7, 2022.

December 17, 2021
The Buckeye Institute files a motion with the U.S. Supreme Court requesting an emergency stay of the Biden Administration’s vaccine mandate.

December 15, 2021
The U.S. Court of Appeals for the Sixth Circuit denies The Buckeye Institute’s petition for an initial en banc hearing.

December 7, 2021
The Buckeye Institute files a response to the U.S. government’s request to lift the stay on President Biden’s vaccine mandate, saying, “The Fifth Circuit was right to stay the Mandate to prevent irreparable harms until it receives full judicial review on the merits.”

December 1, 2021
The Buckeye Institute files a motion demanding that the White House produce all communications and records regarding the initiation and development of President Biden’s vaccine mandate.

November 17, 2021
The Buckeye Institute files a petition for initial hearing en banc to have Phillips v. U.S. Department of Labor—as well as all of the other related cases nationwide that have been consolidated in the U.S. Court of Appeals for the Sixth Circuit—heard by the full court.

November 16, 2021
The United States Judicial Panel on Multidistrict Litigation randomly selects the U.S. Court of Appeals for the Sixth Circuit in which to consolidate the vaccine mandate cases for review.

November 8, 2021
The Buckeye Institute sends a letter to the U.S. Court of Appeals for the Sixth Circuit urging them to “immediately stay [the vaccine mandate’s] effective date pending full judicial review” after the Fifth Circuit Court of Appeals granted an emergency stay in BST Holdings v. OSHA.

November 5, 2021
The Buckeye Institute files a motion for an emergency stay asking the U.S. Court of Appeals for the Sixth Circuit to immediately halt the federal vaccine mandate. 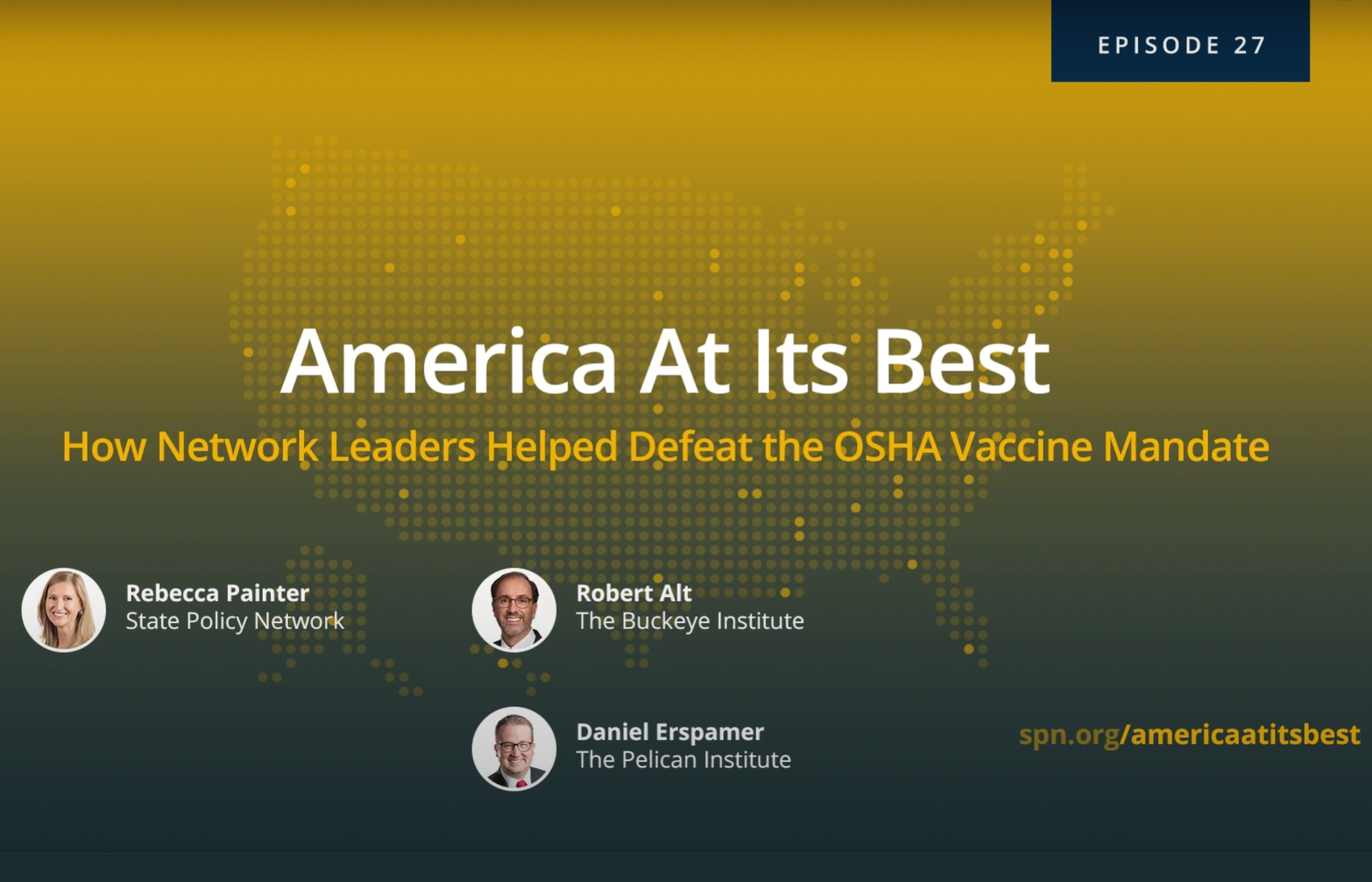 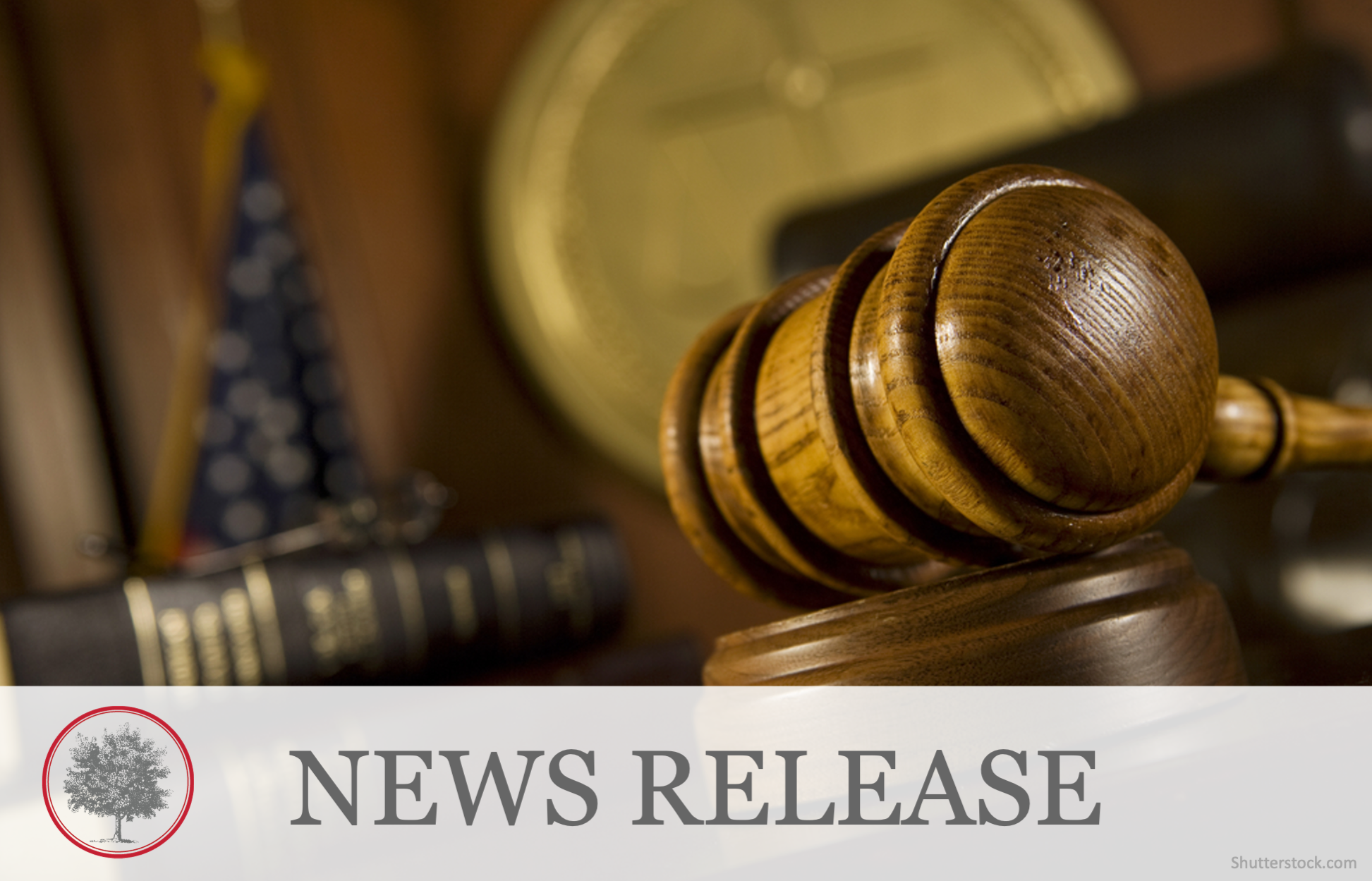 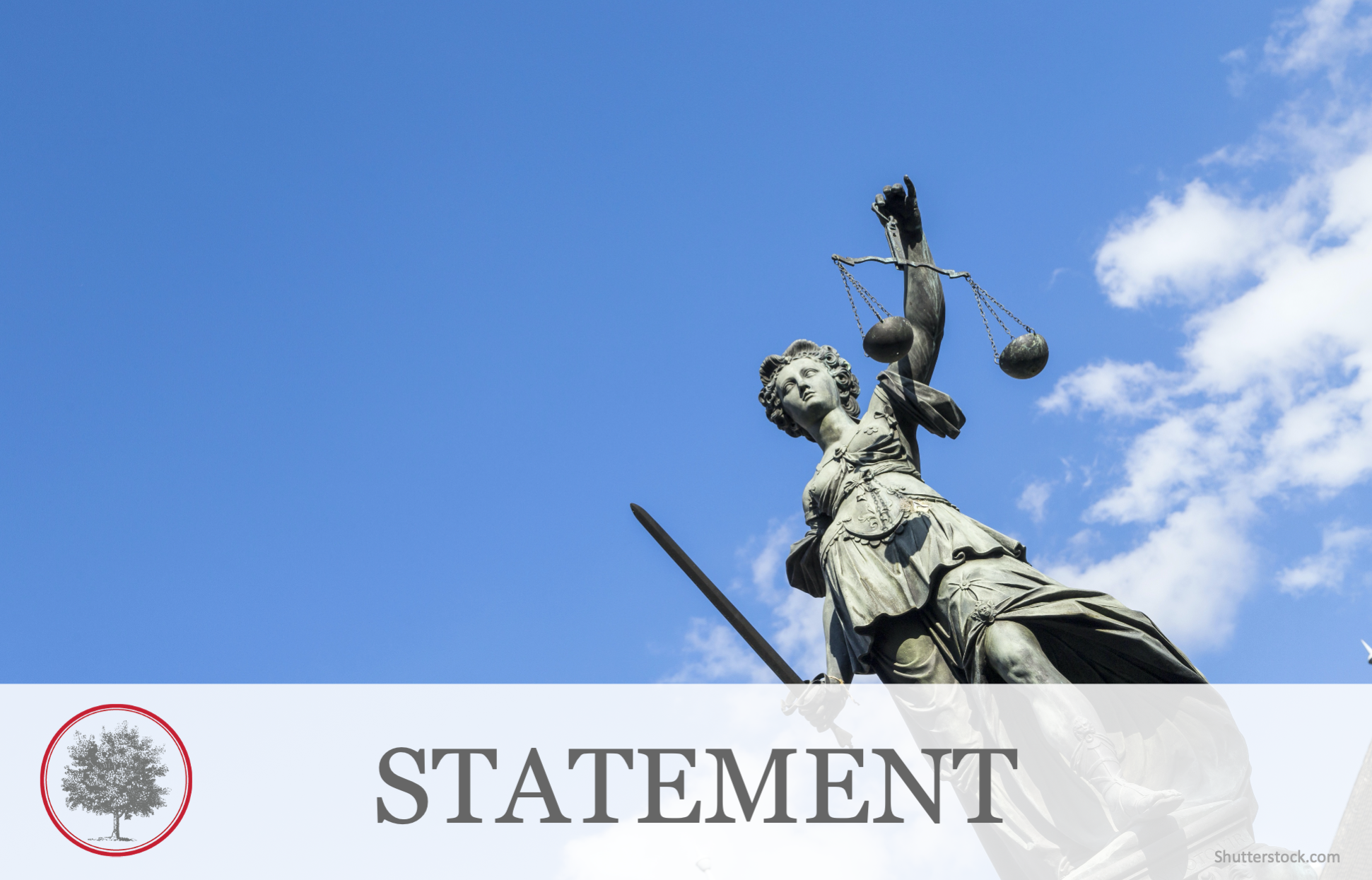 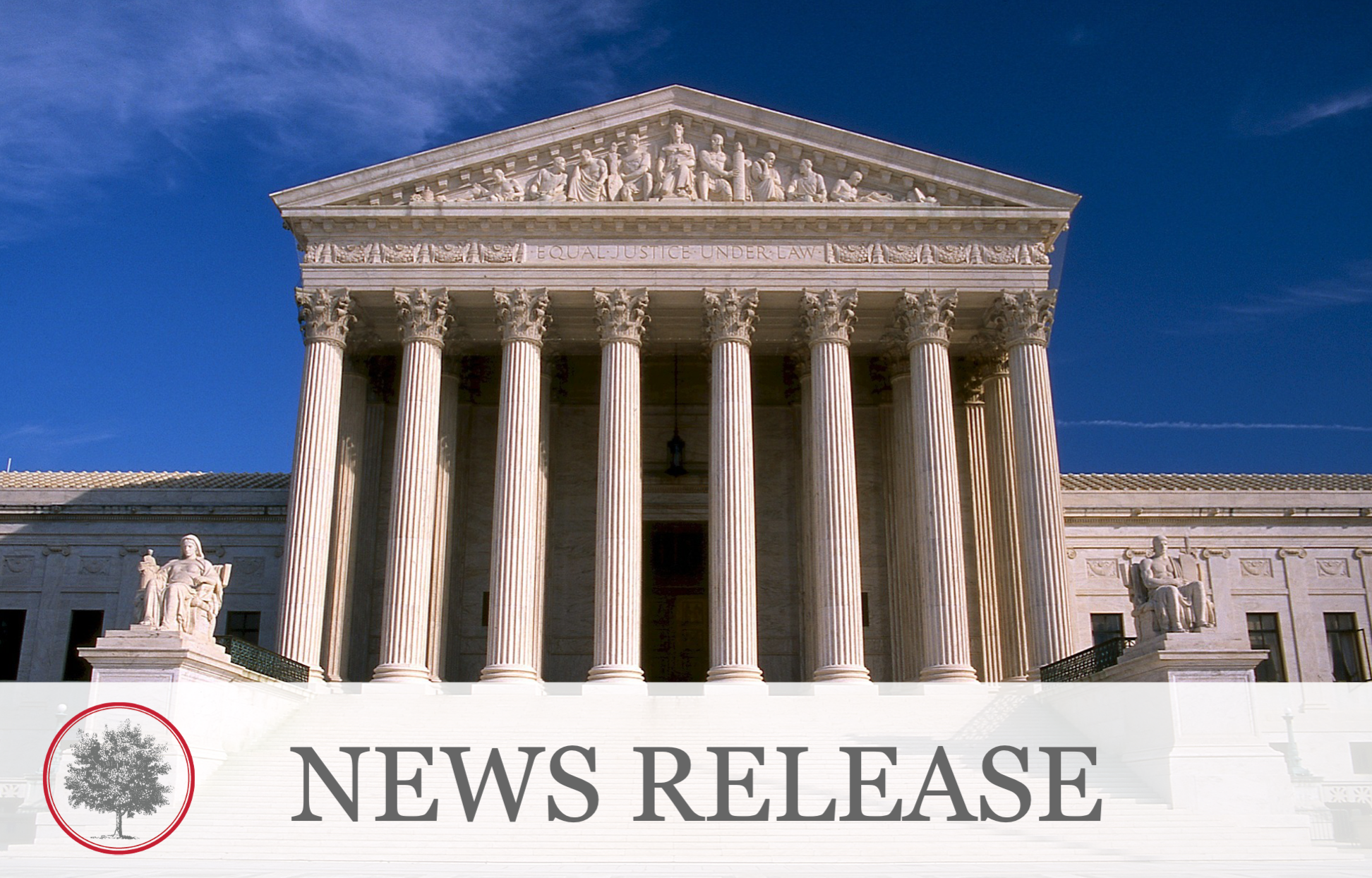