A Biennial Approach to Better Budgeting: Testimony to the U.S. Senate Committee on the Budget 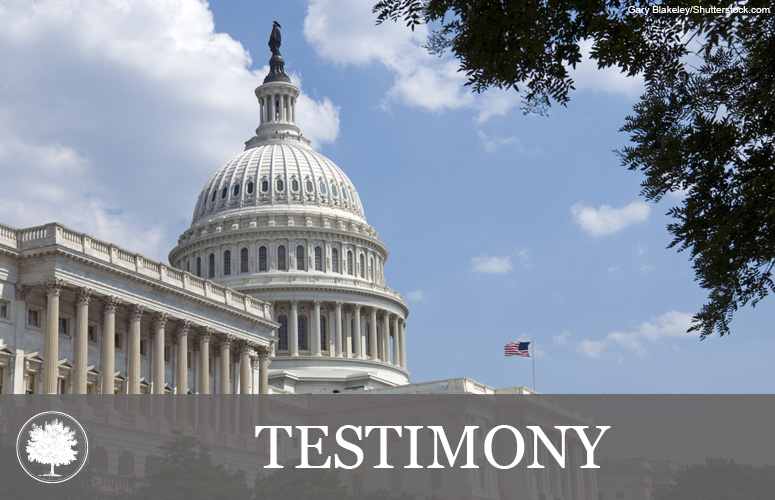 *The opinions expressed herein are mine alone and do not necessarily represent the official position of The Buckeye Institute.

Chairman Enzi, Ranking Member Sanders, and the other distinguished Members of the U.S. Senate Budget Committee, thank you for inviting me to testify on the process of biennial budgeting.

My name is William G. Batchelder III, and I am the Edwin Meese III Distinguished Fellow at The Buckeye Institute in Columbus, Ohio. I served in the Ohio legislature for 38 years and was most recently Speaker of the Ohio House of Representatives from 2011 to 2014. In my nearly 4 decades of service as a state legislator, I have seen everyone do something wrong at least once.

I am here to tell you that biennial budgets have worked well to protect Ohio taxpayers and avoid crisis budgeting. When I was in the legislature, we didn’t have a budget crisis every year because our system of biennial budgeting provides a great deal of flexibility in handling emergencies.

In the 1980s, savings and loan institutions got in trouble and ran out of money. I was on the Banking Committee, and I got a call from then-Governor Dick Celeste. A savings and loan in Ohio was going bankrupt and many Ohio citizens were going to lose their life savings. Dick is a friend of mine, and a Democrat. Working together in bipartisan fashion, we solved the problem and Ohioans did not lose their life savings. We could solve that and other problems because, with a good budget, we knew where to find money and potential savings. In my 38 years of experience doing budgeting for Ohio, I have observed time and again that states with annual budgets have a harder time solving problems than we did.

Biennial budgets are not new, and they have withstood the test of time. Ohio has had biennial budgeting since the early 1900s. We are now a full time legislature, and not having annual budgeting means that we can devote a whole year to the priorities and concerns of Ohio citizens. In my last year as Speaker, because we did not have to do an annual budget, I was able to focus on other key issues such as passing the first mens rea reform bill in the nation on my last day in office. I’m not sure that a great and bipartisan bill like that would have been approved if we had instead spent the first six months on a budget.

Independent research also confirms Ohio’s experience verifying that legislators have more time to address potential problems under a biennial budget. A survey found that legislators in states with biennial budgets spend less time on their budgeting process than those in states with annual budgets do. Legislators can spend the second year of a budget cycle focused on programmatic review.[1]

We are also flexible when we encounter a new problem. We have faced a real drug epidemic in Ohio. Not having to do an annual budget gave me the time and flexibility to focus on helping citizens on serious matters like that one. I was able to direct two freshman members to conduct hearings and investigations around the state to figure out how to help.

Biennial budgeting also offers stability and certainty, which is good for businesses and for planning.[2] We don’t have many fiscal crises in Ohio. Only twice since 1990 have we missed our budget deadline and that was because of recessions. Fiscal emergencies are bad for budgeting. In times of crisis, deals can get struck which mean wasteful spending and the legislature does not have oversight on spending. Every governor I’ve worked with hides money and, with more time, we can make sure that money is not wasted.

Agencies that receive state spending can be more efficient because they know what their budget will be for two years. They can hear the train whistle before they get hit! They don’t have to waste resources every year on trying to get more money. Instead, they have more time to do their job in law enforcement, construction, or education. Several surveys have found that budget staff and policymakers are indeed under less pressure and have more certainty with biennial budgets as compared to those using an annual budget process.[3]

We continue to seek new methods to improve our oversight of the spending of taxpayer dollars. Ohio created two new committees: the Joint Medicaid Oversight Committee and the Joint Committee on Agency Rule Review. These committees meet throughout the legislative term and are able to focus on legislative oversight.

Another key to successful budgeting is strong leadership and coordination between the General Assembly and the Governor. In Ohio, the Governor submits a budget and then the House really does most of the work. After the House passes a budget, we meet with the Senate to work out any differences with its budget. Ohio’s biennial budgeting is effective because of the strong commitment to good budgeting between the House and Senate budgets. The General Accounting Office cited this partnership and commitment in a report on Ohio’s practice of biennial budgeting.[4]

In summary, biennial budgeting allows us to devote more time to helping Ohio instead of fighting over spending every year. I could talk the budget over with my colleagues in the opposite party. If there was a real problem, we fixed it. We simply have more time to put thought into the budget process and avoid problems that seem to afflict Washington D.C. Biennial budgeting isn’t a miracle cure-all, but it leads to a better and more thoughtful process, increased stability and certainty.

Thank you again for having me and I will be happy to answer any questions you may have.