Columbus, OH – As the Ohio House State and Local Government Committee continues its review of Ohio occupational licenses, The Buckeye Institute issued a new policy brief, Opening Doors II: Occupational Licensing Reform in Ohio After Senate Bill 255, where it identified 63 licenses that the state should eliminate or reform to make Ohio more economically competitive and make it easier for people to earn a living.

“Ohio continues to address its bureaucratic and frequently arbitrary system of occupational licensing requirements that burden workers, job seekers, households, and employers,” said Greg R. Lawson, a research fellow at The Buckeye Institute and author of Opening Doors II. “To assist lawmakers in their work, The Buckeye Institute has examined the same licenses being reviewed by the Ohio House and has identified 63 licenses that should be eliminated or reformed to make Ohio more economically competitive and to end the ‘permission-slip’ policies that make it difficult for people to earn a living.”

In its review of the same licenses that are currently being reviewed by the Ohio House State and Local Government Committee, The Buckeye Institute identified 40 license or certification requirements that should be eliminated (see list below) and another 23 requirements (see policy brief for list) that should be modified to align them with requirements imposed in neighboring states—Indiana, Kentucky, Michigan, Pennsylvania, and West Virginia. 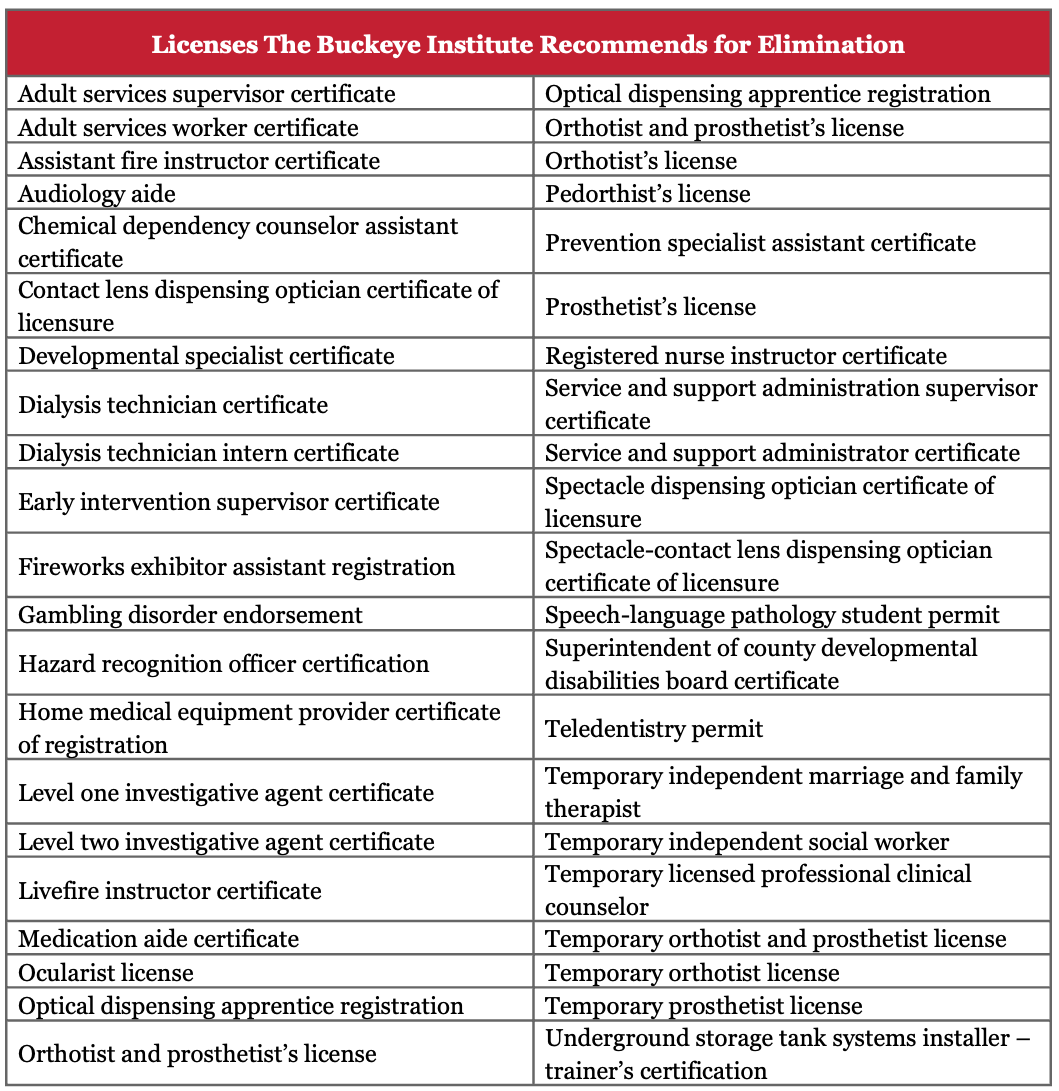 This review is required under the Buckeye-championed policies in Senate Bill 255, which, among other things, requires all licensing boards be renewed at least once every six years or they will automatically expire.