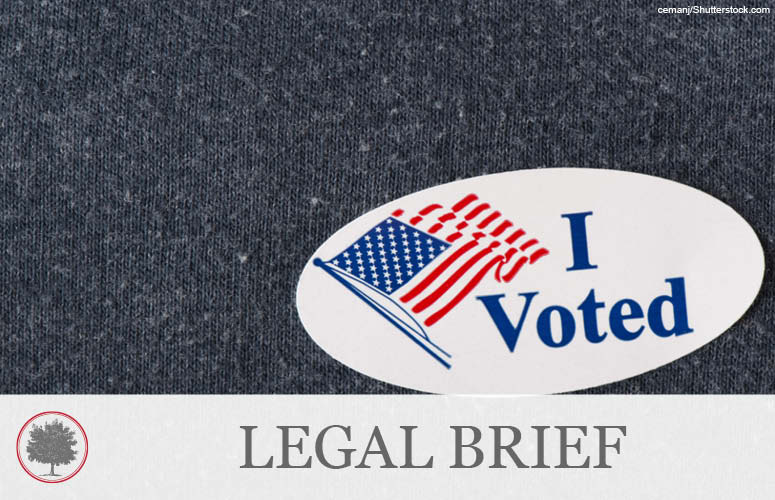 In 2014, Ohio passed a law eliminating what has been called “golden week.” Golden week was the time period when voter registration overlapped with early voting; meaning, people could register and vote at the same time. Under the new law, Ohio would have 28 early voting days rather than 35.

Ohio decided to eliminate golden week because of the higher probability of fraud when a person can register and vote in the same day. The Democratic Party of Ohio sued to stop the law, arguing that having fewer voting days is a violation of Section 2 of the Voter Rights Act, which prohibits a state from imposing or applying any practice that denies or abridges the right to vote based on race or color because minorities were more likely to vote during golden week.

The U.S. District Court for the Southern District of Ohio erroneously agreed with the opponents of Ohio’s law.

The Buckeye Institute filed this brief on July 1, 2016, in the U.S. Court of Appeals for the Sixth Circuit appealing the decision in the lower Court. Buckeye's brief argues that Section 2 of the Voter Rights Act prohibits states from taking positive steps to impede people from voting based on race or color; it does not require states to proactively take every step possible to ensure that minorities vote. If it did, there would be no limit on what a court could require states to do.

If opponents of the law prevail, Ohio would not be able to control its own elections.

Click here to download: Brief of The Buckeye Institute and the Judicial Education Project as Amici Curiae