Columbus, OH – On Thursday, The Buckeye Institute released an analysis using data from the non-partisan Congressional Budget Office (CBO) to estimate the impact of a $15 an hour minimum wage proposal included in the Raise the Wage Act of 2021. The analysis found that nearly 18,000 West Virginia workers would lose their jobs if the federal wage hike is imposed (see the chart below or download a PDF).

“While some will see their wages increase, The Buckeye Institute’s analysis shows that nearly 18,000 West Virginians would lose their jobs if this misguided wage increase is imposed by Washington, D.C.,” said Logan Kolas, an economic policy analyst with the Economic Research Center at The Buckeye Institute who conducted the analysis. “West Virginia cannot afford these job losses and Senator Joe Manchin is right to oppose this attempt to forcibly raise wages to $15 dollars an hour. The better policy is to leave minimum wage decisions to the states to ensure that local economies can grow, create more jobs, and hire more workers.”

The Economic Research Center’s analysis was conducted by applying the CBO findings—which estimated that 5.2 percent of workers earning a little more than $15 an hour or less than $15 an hour would lose their job if the minimum wage increase was imposed—to West Virginia Census Bureau regions (the most reliable available data on how much workers make in that region) to estimate the minimum number of jobs lost by 2025, when the proposed wage hike would fully take effect. The Buckeye Institute analysis shows that nearly 18,000 West Virginians would lose their jobs if Congress adopts this $15 an hour minimum wage hike. 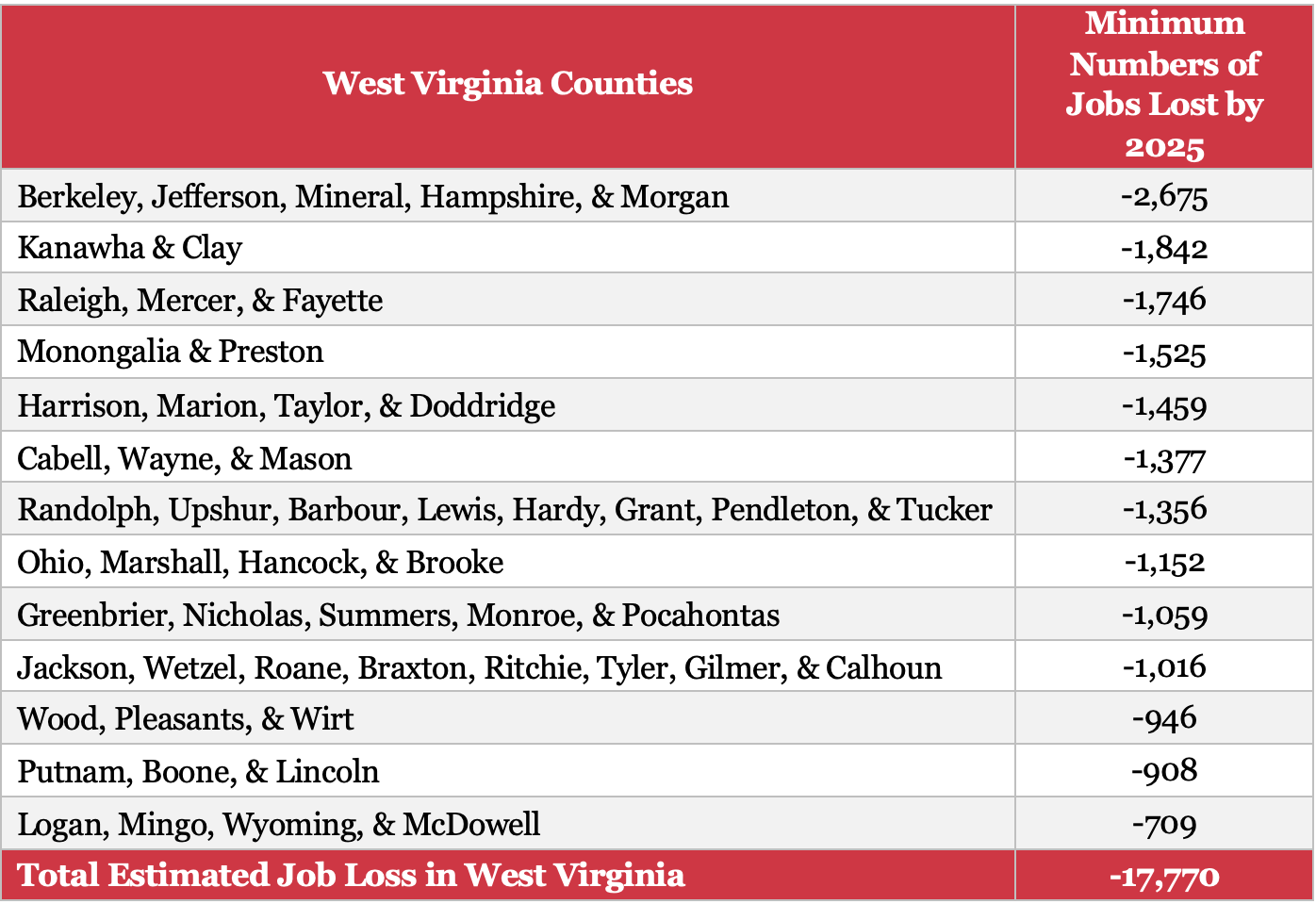 Notes: Due to data limitations, if more than one county is listed, the minimum number of jobs lost is the total amount of jobs lost in all of those counties combined.