“With the stroke of a pen, a substantial part of Ohio’s two-year-long April Fools’ Joke on taxpayers has finally come to an end. Ohio House Bill 6 epitomizes the problem of crony capitalism and corporate tax handouts and serves as an unsavory example of why The Buckeye Institute remains opposed to all taxpayer-funded subsidies. We urge the General Assembly to move quickly to eliminate the remaining subsidies included in this notoriously flawed piece of legislation.” 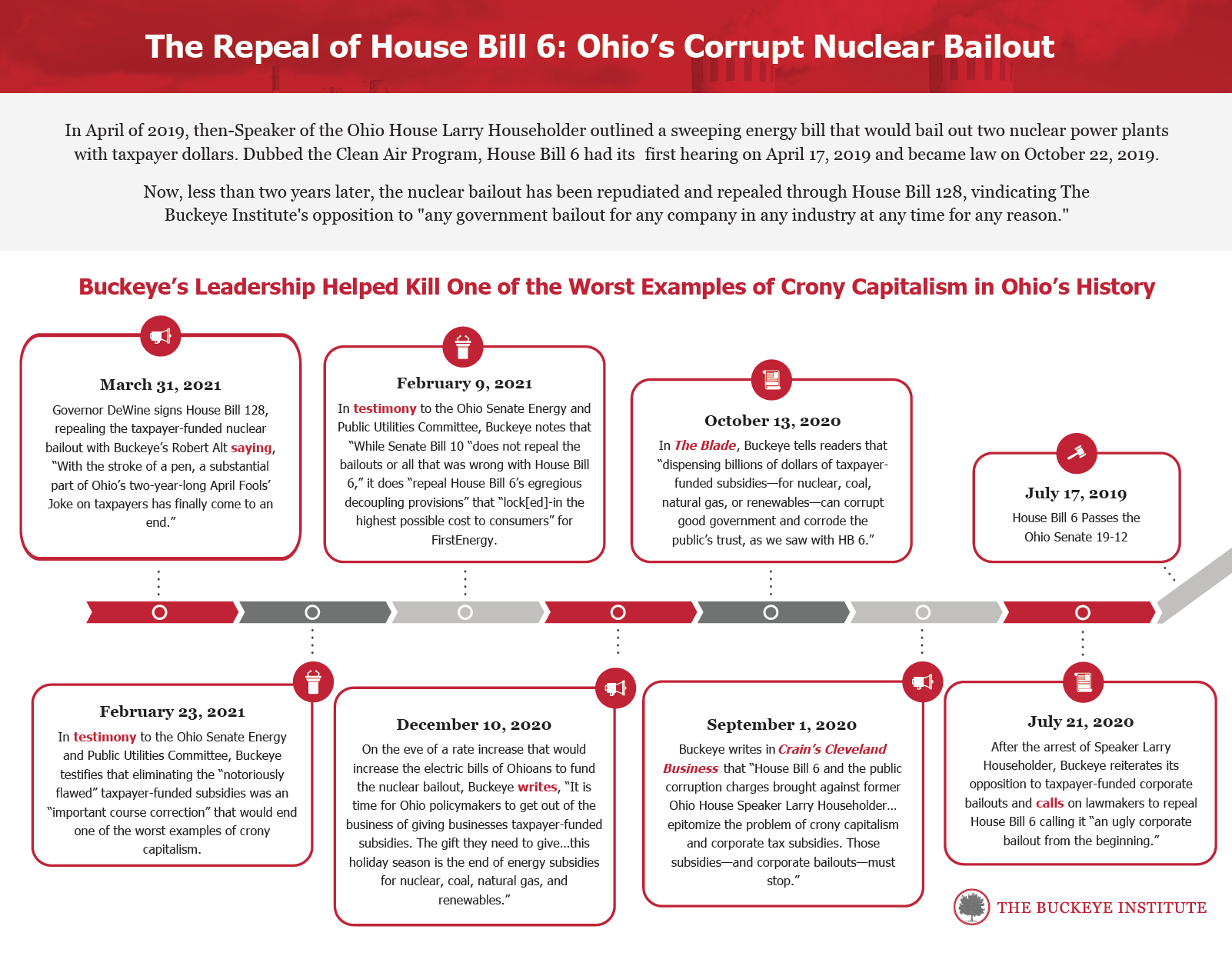 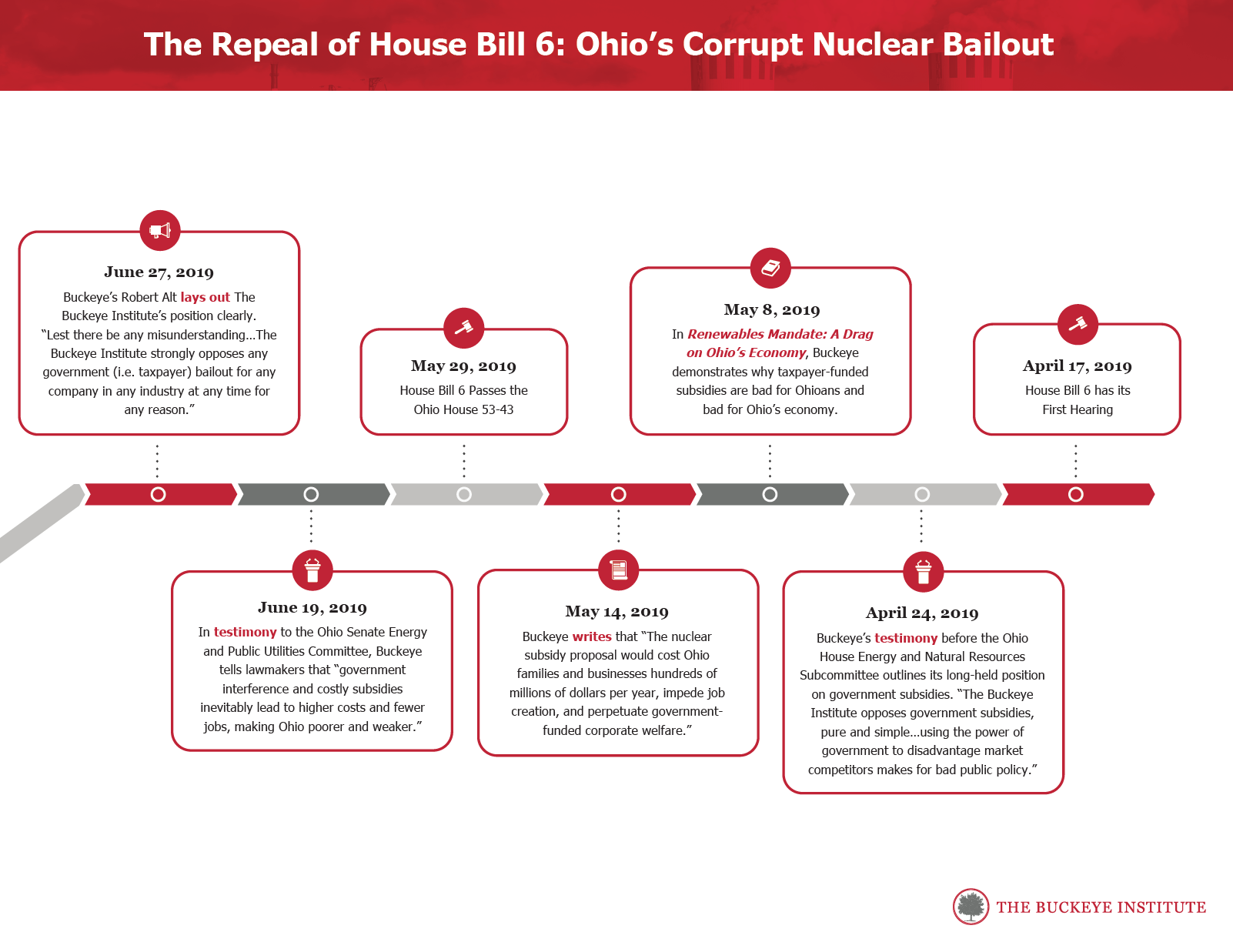