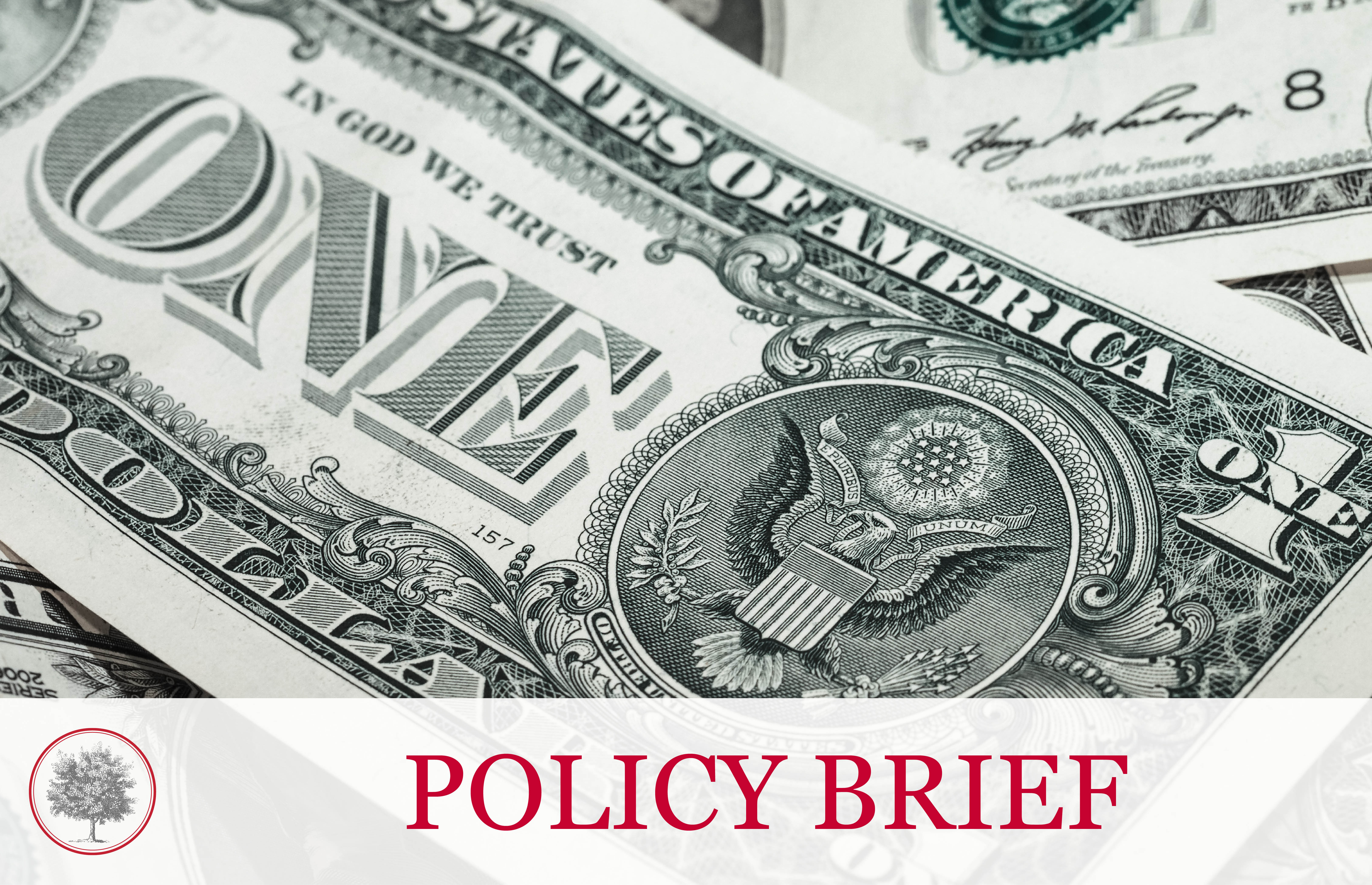 In his latest executive budget, Governor Kasich has again proposed raising Ohio’s tax rates on tobacco products from $1.60 to $2.25 per pack. Mr. Kasich’s budget also proposes raising the tax rate on other tobacco products (OTP) from 17% to 69% of the wholesale price, and extending the OTP tax to include vapor products such as e-cigarettes.

Despite generating additional revenues for the state, the Governor’s proposed tax increases will likely do more harm than good for Ohio. First, raising taxes on cigarettes will lead to higher rates of smuggling and smuggling-related crime. Second, many retail businesses—including grocery stores and gas stations—in Ohio’s border counties will suffer a decline in sales as more Ohioans cross into neighboring states to buy tobacco products along with their groceries. Third, although raising cigarette taxes may reduce smoking, some of the expected health benefits may prove overstated, and by extending the OTP tax to vapor products the Governor’s proposal will actually reduce incentives for current smokers to switch to less-harmful e-cigarettes. Finally, tobacco tax hikes violate basic principles of a sound tax policy by unevenly burdening a declining tax base and disproportionately harming the poorest in our communities.

Ohio collected more than $1bn in tobacco taxes from smokers in FY2016, accounting for roughly 3% of the state’s General Revenue Fund. But increasing the state tax rate on cigarettes creates greater price differences relative to low tobacco tax states like Kentucky (currently taxing cigarettes at 60 cents per pack). Smokers, like other consumers, will take steps to avoid paying higher taxes, especially when tax rates rise dramatically or are considerably higher than nearby states. On a small scale, for example, consumers will engage in “casual smuggling” and cross state lines to buy their cigarettes in lower-tax states. On a much larger scale, criminal organizations routinely engage in “commercial smuggling” and ship large quantities of cigarettes from low-tax states to high-tax states and then sell contraband cigarettes at a discount to the high-tax price.

The Mackinac Center for Public Policy estimates that roughly 7.7% of cigarettes consumed in Ohio in 2014 were smuggled in by commercial smugglers. And in 2014, Ohio still taxed cigarettes at only $1.25 per pack, well below the current $1.60 per pack or the proposed $2.25 per pack. More recent data has not yet been published, but it is reasonable to expect that higher taxes will lead to even higher rates of both casual and commercial smuggling. New York, for instance, has the highest per-pack taxes ($4.35 with an additional $1.50 for New York City) and it leads the nation in smuggled cigarettes, with approximately 55% of the Empire State’s cigarettes smuggled illicitly in 2014.[1]

Among Ohio’s neighbors, only Michigan and Pennsylvania currently levy higher taxes on tobacco consumers than the Buckeye State, and raising the cigarette and OTP taxes further would leave even Michigan in our wake. (See Table 1.) Raising tobacco taxes will increase the profit and savings incentives for the commercial and casual smugglers. And because consumers—the “casual smugglers”—often buy cigarettes in the course of shopping for groceries and other sundry products, one might expect that those other purchases soon will be made across the border, too. As tobacco users take their business into Kentucky, West Virginia, and Pennsylvania, Ohio’s retailers along border counties inevitably will suffer.

Many presume that raising taxes on tobacco products will reduce smoking in Ohio and therefore have positive public health effects in addition to generating more state revenues. Smoking and tobacco consumption are unhealthy. The net public health benefits attributable to higher priced tobacco, however, are much less clear. Although some tobacco users will “kick the habit” or reduce their tobacco use due to higher prices, others will not. And of those who continue to smoke despite the higher price, some will smoke in unhealthier ways even as they consume fewer cigarettes. Researchers Jérôme Adda and Francesca Cornaglio (2013) have shown, for example, that smokers will extract more nicotine per cigarette in order to compensate for tobacco tax hikes. By consuming each cigarette more intensely or by smoking cigarettes as close to the filter as possible, the harmful effects of cigarettes actually rise rather than fall. Tax hikes also affect smokers’ choice of cigarettes, prompting some to switch to cheaper brands that often have higher tar and nicotine levels.[2]

Higher tobacco taxes may encourage some smokers to switch to e-cigarettes or other vapor products that are generally believed to be less harmful than tobacco smoking. Public Health England, for example, concluded that “vaping” e-cigarettes is 95% safer than traditional smoking.[3] Because e-cigarettes do not contain nicotine or tar they offer smokers a less addictive and less carcinogenic alternative. Indeed, toxicants are 9-450 times lower in e-cigarettes than in regular cigarettes.[4] As many smokers try to quit smoking they require a temporary, less addictive substitute. For some, e-cigarettes are an effective aid on the road to a smoke-free life.[5] Unfortunately, by extending the new OTP tax rate of 69% (on wholesale prices) to vapor products, Governor Kasich’s recommendation negates the potential savings incentive for traditional smokers to switch to less harmful e-cigarettes. Thus, the state is unlikely to reap the full public health benefits that might be realized if more smokers had a financial incentive to wean themselves from nicotine on e-cigarettes.

Finally, sound, sustainable tax policies distribute the tax burden evenly across a constant tax base.[6] Tobacco taxes violate this principle. Smoking prevalence and per-capita cigarette sales have declined across the nation for decades, and from 1970 to 2014 per-capita cigarette sales in Ohio have fallen from 122 to 53 packs per year.[7] In light of such trends, Ohio’s Office of Budget and Management assumes that even without a tax increase tobacco sales will continue to decline by 2.5% annually.[8] Under the proposed tax increase, however, the average price per pack of cigarettes will rise by 10%, which means that cigarette sales will decline by 4%, assuming a price elasticity of -0.4 as economist Frank Chaloupka estimates.[9]

These declining consumption trend lines make tobacco taxes unsustainable. Moreover, higher tobacco taxes affect low-income Ohioans disproportionately insofar as the Centers for Disease Control and Prevention estimates that smoking is twice as prevalent among adults below the poverty line (26.1%) as it is for those above the poverty line (13.9%).[10] Thus, tobacco taxes are regressive and burden the poorest in our communities the most—another violation of sound tax policy.

Despite laudable intentions to boost revenues and enhance public health, raising and expanding Ohio’s tobacco taxes will not help Ohioans. State policymakers should reconsider the Governor’s proposal. With tobacco taxes already higher than most of Ohio’s neighbors, a new tax hike spiking the price of cigarettes will likely encourage more casual and commercial smuggling to the detriment of our communities and local businesses. The potential public health benefits of higher tobacco prices remain debatable at best, and raising taxes on e-cigarettes and other tobacco alternatives only reduces the likelihood of reaping those elusive net benefits. Rather than raising regressive taxes paid disproportionately by Ohio’s poor, policymakers should confront budget shortfalls by looking for ways to spur economic growth and reduce government spending.

[9] The price elasticity measures how consumers respond to price changes in one variable. In this case, if the price of cigarettes increase the elasticity measures how many fewer cigarettes are bought due to the price change.
Chaloupka, F. & Huang, J. (2015). A significant cigarette tax rate increase in Ohio would produce a large, sustained increase in state tobacco tax revenues. Prepared for Tobacconomics. Institute for Health Research and Policy, University of Illinois at Chicago.