Columbus, OH – On Wednesday, The Buckeye Institute released new research by its Economic Research Center that looked at the impact eliminating Ohio’s commercial activities tax (CAT) would have on Ohio’s businesses and its rankings in national economic indexes. In Letting the CAT Out of the Bag: How to Improve Ohio’s Economy and National Rankings, Buckeye researchers found that by repealing the CAT, Ohio would move up 42 spots to first place in the Tax Foundation’s State Business Tax Climate Index—making Ohio more attractive to relocating businesses. 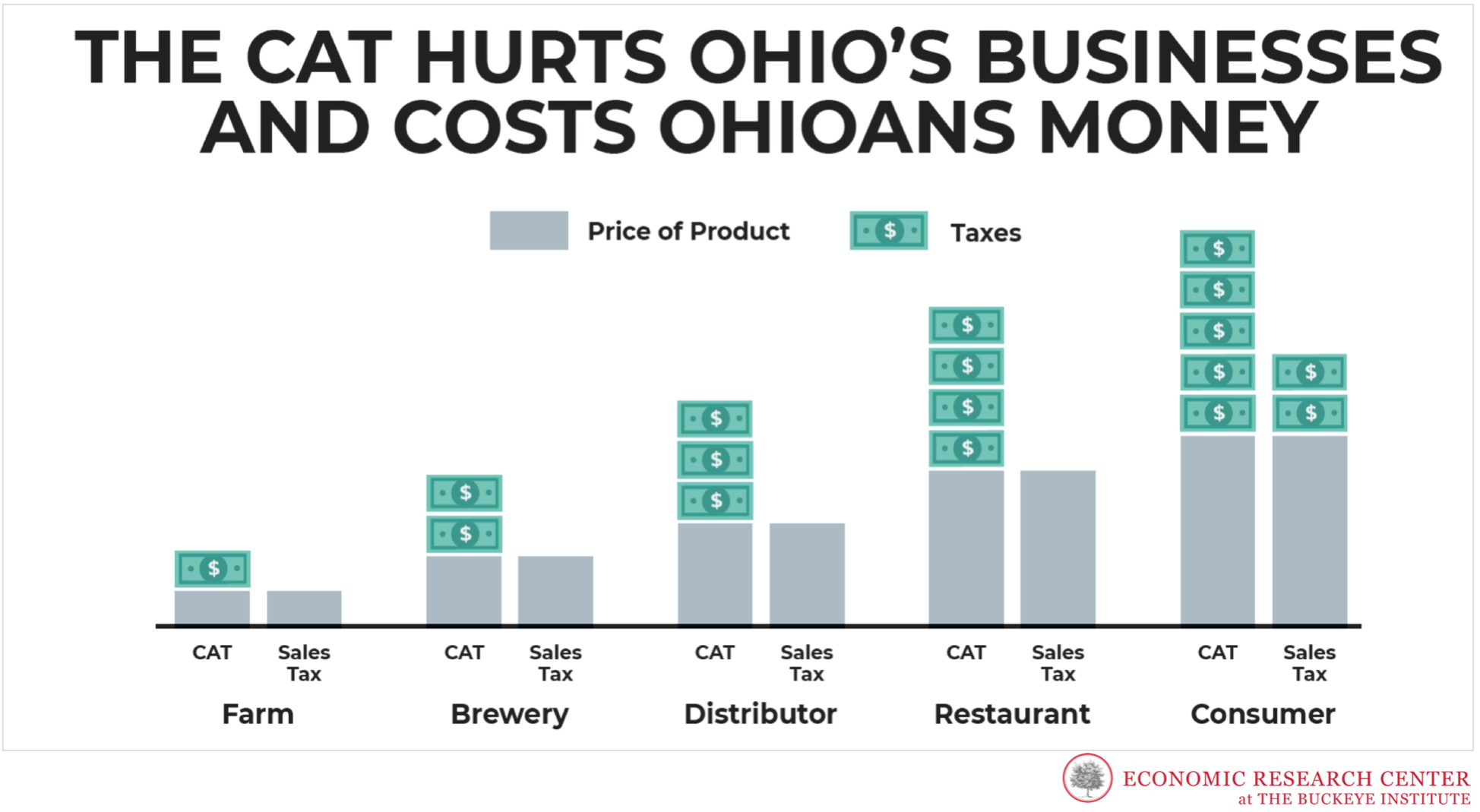 “Despite research that shows the harmful effects of the commercial activity tax, Ohio still maintains this antiquated, Depression-era tax that hampers growth and prosperity for employers and employees across the state,” said Rea S. Hederman Jr., executive director of the Economic Research Center at The Buckeye Institute and vice president of policy. “Repealing this heavy corporate tax burden, especially as employers and employees struggle to survive and recover from the disruptive effects of the coronavirus, will enhance the economic freedom and opportunity that Ohio needs.”

FACT SHEET: Letting the CAT Out of the Bag: Eliminating Ohio’s Commercial Activity Tax Will Improve the Economy

In the report, Buckeye’s Economic Research Center pointed out the following: