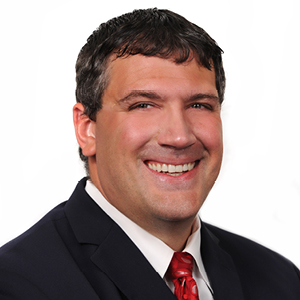 Lawson also serves as Buckeye’s liaison to the state government policymakers where he educates policymakers in the legislative and executive branches on free-market solutions to Ohio’s challenges. In this role, he is regularly called on to testify before legislative committees on policies that impact Ohio’s families and the state’s economy.

With nearly 20 years of experience working on seven state budgets, Lawson is a recognized expert on Ohio’s budget, and is the co-author of Principled Spending: Using Ohio’s Capital Budget to Benefit Ohioans. He has a deep knowledge of state and local taxes, and how Ohio funds Medicaid, education, and transportation. He is the author of the Piglet Book, The Buckeye Institute’s biennial publication outlining areas of government waste, and develops Buckeye’s biennial Top 10 Worst Capital Budget Requests list.

A recognized expert in the school choice movement and on occupational licensing, Lawson is the co-author of Education Savings Accounts: Expanding Education Options for Ohio and Still Forbidden to Succeed: The Negative Effects of Occupational Licensing on Ohio’s Workforce. Lawson is also the author on several reports dealing with local government funding and reform, including, Revenue Sharing Reform: On the Road to Ohio’s Recovery and Joining Forces: Rethinking Ohio’s Government Structure.

Prior to his position at Buckeye, Lawson served in the Ohio General Assembly as a Legislative Service Commission fellow. He then went on to several government affairs roles focusing on numerous public policy topics, including Medicaid, school choice, transportation funding, and Ohio’s Building Code. He also has a background in fundraising, grassroots organizing, and communications and served on the boards of two Columbus-based charter schools.

Lawson is a frequent speaker across the state of Ohio and is regularly quoted in media outlets throughout the state. His writings have appeared in most major Ohio newspapers including The Cincinnati Enquirer, The Plain Dealer, and The Columbus Dispatch, as well as national publications including Forbes. He also regularly provides commentary on policy and Ohio’s political landscape on Ohio’s premier public affairs programs.

Piglet Book® is a registered trademark of Citizens Against Government Waste and is used with permission.

It's not free. Why Summit County should reconsider government-owned broadband