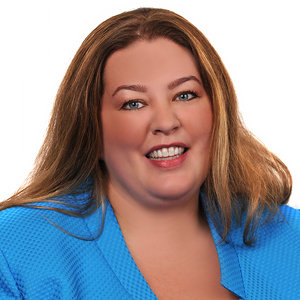 Rebekah Alt is the chief operating officer at The Buckeye Institute.

In this position, she leads and directs the organization’s staff and programs in communications, marketing, development, operations, and external relations.

Alt has extensive policy expertise on a wide range of issues and worked on Capitol Hill and in New Hampshire for U.S. Congressman and Senator John E. Sununu for many years. She completed a fellowship with—and ultimately served on the Board of Governors for—New Hampshire’s Vesta Roy Excellence in Public Service Series. In 2010, that organization honored her as a “Rising Star.”

Alt also previously owned and operated a real estate business. She is an accomplished speechwriter and the author of “Injustice for All? Why Congress Should Require Criminal Intent for Criminal Convictions,” which was published in the academic journal New Voices in Public Policy. She is a proud member of the inaugural (2014) class of American Enterprise Institute’s Leadership Network.

Alt holds a Master of Public Policy degree with a national security concentration from George Mason University. As part of her program, she studied abroad in South Africa and at Oxford University. She was a popular correspondent for the School of Public Policy’s newspaper The Stylus. She is a graduate of Gordon College where she was a Pew Younger Scholar, studied abroad in Israel, represented Malawi in the Collegiate Model United Nations, and received her Bachelor of Arts degree in political studies.

Can Schoolhouse Rock Help Us Decide How to Vote on Ohio’s Ballot Issue 1?