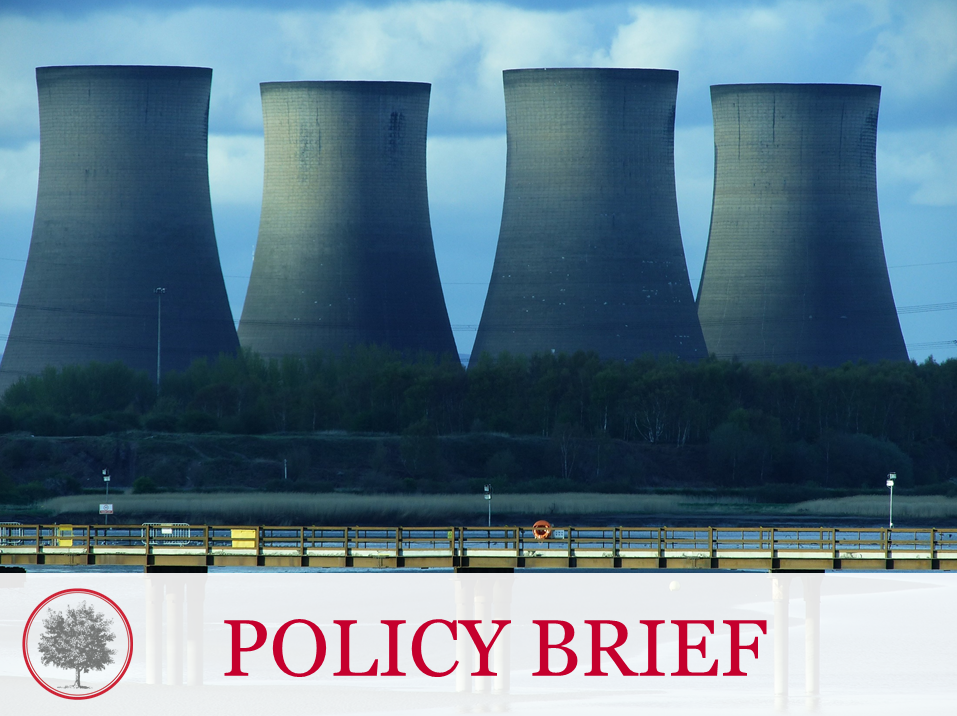 Ohio has two nuclear power plants. Both the Davis-Besse and the Perry nuclear plants are owned and operated by FirstEnergy. Both plants are failing. FirstEnergy’s latest proposal to save the plants—the Zero-Emissions Nuclear Resource program, or “ZEN”—calls for more government subsidies and higher costs for local electricity consumers. The power company, of course, argues that keeping the plants online will save jobs, depress power prices, and provide Ohio with a reliable and diverse source of electricity. FirstEnergy, however, fails to account for the market distortion and other negative effects that the ZEN subsidies will have on employers and the broader market. The proposed subsidies will spike electricity prices and deny other businesses and employers’ growth and job creation. The better course would be to maintain free and competitive energy markets, even if it means that Ohio loses two unprofitable nuclear plants.

The Call for ZEN Subsidies

Since the late 1990s, Ohio has fostered competitive, customer-centric electricity markets. As electricity rates have risen across the country, Ohio and other states with restructured wholesale markets have enjoyed smaller price increases due to more competitive market conditions. Ohio’s deregulation has increased competition and given consumers more choices for and control over meeting their energy needs.[1] With more competitors—and a government subsidized renewable energies market—electricity suppliers must offer more benefits, better products, and different packages in order to succeed.[2]  Failing to provide those benefits can cost suppliers market share and profits as the market determines economic “winners and losers.” Natural gas, for example, has been booming in Ohio, offering lower prices and directly competing against FirstEnergy’s clean nuclear power.[3]

Understandably, FirstEnergy wants to get out of the competitive electricity-generating business and focus on the more monopolistic electricity-distribution business, and it hopes that ZEN subsidies will make the nuclear plants more attractive to potential buyers.[4] After several failed attempts to gain direct income support for their power plants from the Public Utilities Commission,[5] FirstEnergy now asks the General Assembly to impose a “nonbypassable” rider on all FirstEnergy customers and require them to pay for “Zero-Emissions Nuclear Credits” (ZENC) for each unit of electricity produced by Perry and Davis-Besse.[6] But even FirstEnergy’s own chief executive officer acknowledged doubts that the massive ZEN subsidies—approximately $300 million per year for at least 16 years—would be enough to sell the plants.

FirstEnergy’s Claims and the Problem with ZEN Subsidies

Under the ZEN program, all customers in areas served by FirstEnergy—regardless of their actual electricity provider—will pay more for electricity to cover the cost of the ZEN subsidy. Electricity retailers will have less flexibility to offer consumers better deals because customers will pay the charge even if they change electricity suppliers. To offset these concerns, FirstEnergy has marshalled several straightforward, but unconvincing arguments in favor of the ZEN subsidies.

For starters, FirstEnergy has warned the General Assembly that the Davis-Besse and Perry nuclear plants will close without ZEN subsidies, and claims that these closures will cost consumers “$177 million more for electricity annually, and almost $1.3 billion more in present value over the next 10 years.”[7] Ordinarily such a claim would be consistent with basic economic axioms: when suppliers exit the marketplace, competition declines and prices rise. But in this case, FirstEnergy’s claim fails to account for the cost of the subsidy itself: approximately $300 million per year.  FirstEnergy would have customers pay $300 million per year to protect $177 million per year of savings provided by two failing plants. Thus, the ZEN program would actually cost customers an additional $123 million per year for the privilege of keeping the plants online.

Second, FirstEnergy contends that Perry and Davis-Besse provide jobs and bolster their local tax-bases. The two plants employ approximately 1,400 people directly, and FirstEnergy claims that each plant helps support another 4,000 jobs in their respective communities. Save the plants to save the jobs, says FirstEnergy. Some local officials have also cautioned that closing the plants would cost communities local tax dollars. Once again, however, FirstEnergy touts the subsidies’ benefits without accounting for their costs. The higher electricity prices spurred by the ZEN program would force other businesses to reduce payroll or scale back hiring and expansion. These tradeoffs will be especially significant for manufacturers that use a lot of electricity. The Ohio Manufacturers Association estimates that the ZEN program would cost “medium” manufacturers approximately $43,000 per year and “extra-large” manufacturers approximately $5.7 million per year—every year for at least 16 years.[8] And, as The Buckeye Institute has demonstrated, artificial electricity price increases of just a few percentage points can cost Ohio tens of thousands of job opportunities and billions of dollars in GDP over the course of a decade.[9] The ZEN program would be no exception, likely costing Ohio more jobs and more growth than it would save—and ultimately offsetting losses to local tax-bases by raising electricity prices for thousands of Ohio families and businesses.

Finally, FirstEnergy argues that the Davis-Besse and Perry plants are critical to Ohio maintaining a reliable and diverse energy supply. According to FirstEnergy, the two nuclear plants provide a reliable alternative to an over-reliance on Ohio’s natural gas power plants. But subsidizing the Davis-Besse and Perry plants will not necessarily strengthen or diversify Ohio’s energy supply. The state’s electricity grid is operated by PJM, a federally-regulated nonprofit company that spans all or part of 13 states. The grid thus has healthy reserves of extra power plant capacity, including nearby nuclear plants that make the subsidies for two unprofitable nuclear facilities not worth their $5 billion price tag.[10]

FirstEnergy is not the first power company to propose ZEN-like subsidy programs. In fact, the ZEN program is largely modelled on New York and Illinois programs currently facing legal challenges in federal court. Critics of the Illinois program, for example, have rightly contended that, much like ZEN, Illinois’ “ZEC program is not designed to serve the public interest. These subsidies were requested by the owners’ specific uneconomic generating units ... to improve the profitability of specific generating units.”[11] Ohio can learn from Illinois’ mistakes and should resist the temptation to save the unprofitable few by taxing the many. Rather than use government coercion to force customers to pay for inefficient power services, FirstEnergy should either close the nuclear plants or sell them to more efficient operators. Ohio’s energy market should remain free and competitive, so that the market—not the government—decides the economy’s winners and losers.