According to the Office of Budget and Management’s first monthly report from the new fiscal, the Pac-Man of the state budget, Medicaid continues to grow. 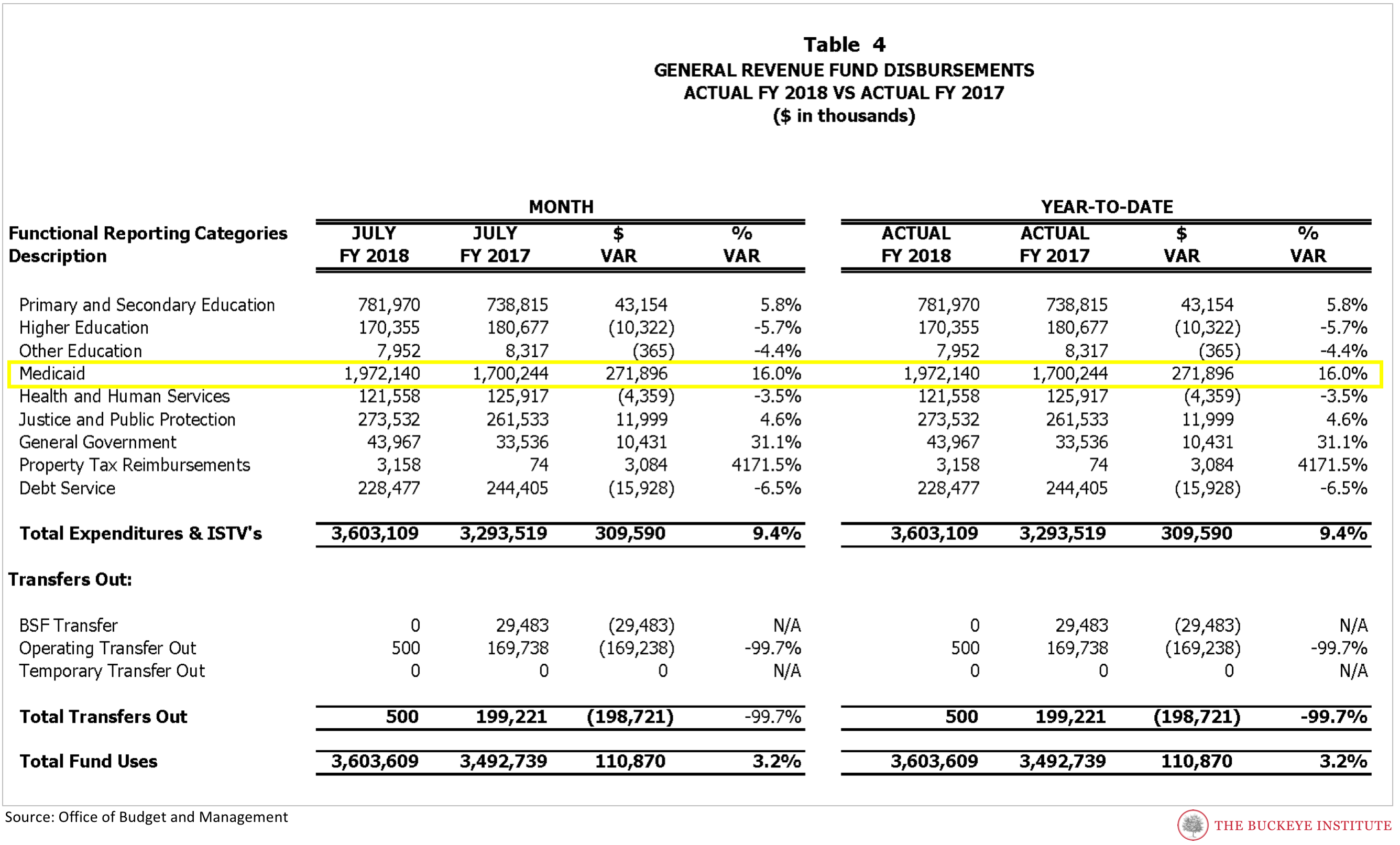 Those numbers should frighten everyone.

Thus far, Medicaid spending continues to grow rapidly and consume all in its path. In fact, Medicaid spending growth was happening well before the misguided expansion in 2013, and the influx of three quarters of a million able-bodied adults into the program has added new stresses on the program.

And while Congress can’t seem to get its act together on repealing and replacing Obamacare, the “free federal money,” which of course, isn’t really free, is being cut under the current law. Which means more cost to you through your state tax dollars and your federal tax dollars.

There’s No Such Thing as Free Medicaid Dollars

Someone once said there’s no such thing as a free lunch. The same is true of Medicaid dollars. Whether the money is coming from the state or from the federal government, it is still your taxpayer dollars.

Medicaid is a joint state/federal program where both levels of government contribute tax dollars. The amount of federal tax dollars sent to individual states varies based upon population and poverty rates. The percentage of federal dollars spent in any state is known as the federal medical assistance percentage, or FMAP. For Ohio, the regular FMAP is 62.32 percent. This means that for every dollar spent on non-expansion Medicaid recipients, Ohio puts in more than 37 cents and the federal government more than 62 cents. But remember, all that money is taxpayer dollars, so it is all being collected from you and me.

The government had to complicate matters, as governments often do, when it set a different FMAP for those qualifying under Obamacare’s Medicaid expansion. Initially the federal government (again, using your tax dollars) would cover 100 percent of costs for the expansion population.

Sounds good, right? This is a vastly more generous reimbursement than the feds give for the rest of the Medicaid program, including for the elderly, disabled, and medically fragile children. The enhanced funding gave the illusion of the expansion being essentially free to the state, but, of course, just because the money is redistributed from D.C., doesn’t mean it’s not still your tax dollars.

However, the FMAP for those qualifying under Obamacare’s Medicaid expansion was always intended to be temporary and it is scheduled to be phased down to 90 percent by 2020 and further still in the future. That means the state will be required to cover more of the costs over time.

Two Steps Forward, One Step Back

In an effort to begin to get control of Medicaid spending, the General Assembly took some steps in the most recent biennial budget bill. Among these include: reforms to how much unexpected federal dollars the Controlling Board can spend without the assent of the full General Assembly and reasserting legislative control over expanding Medicaid to populations that aren’t mandated under federal law.

These policy changes are good first steps in reigning in the Pac-Man of the Ohio budget and put Medicaid on a sounder financial footing.

Unfortunately, despite all its work during the budget process to include a requirement that the Kasich Administration resubmit the Healthy Ohio waiver to the U.S. Department of Health and Human Services, the Ohio Senate has not yet joined the Ohio House in overriding Governor Kasich’s veto. The waiver would empower Medicaid recipients to obtain better care, return to work, and ensure that needy Medicaid enrollees have to access to good medical services.

The Senate has until the end of the legislative session to join the House in voting to override the governor’s veto, not doing so would be a missed opportunity to improve Medicaid even further while showing Washington that Ohio, and other states, can take the lead in smart health policy.

Greg R. Lawson is the research fellow at The Buckeye Institute.