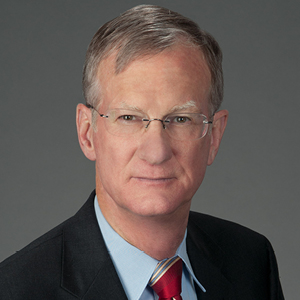 Jack Park is a visiting legal fellow with The Buckeye Institute.

Park is general counsel for Indigo Energy, a diversified energy supply company in Gainesville, GA, where he does the company’s legal work and his own. He is also general counsel for the Ame3rican Constitutional Rights Union. He has continued to write friend-of-the-court briefs for The Buckeye Institute, the American Constitutional Rights Union, and other entities. After a stint in solo practice, Park joined Indigo Energy in October 2021.

Park worked for the Atlanta law firm of Strickland Brockington & Lewis (SBL) from 2013-2018. While there, he served as outside counsel for the Coca-Cola Bottlers’ Association, the organization of independent bottlers and distributors of Coca-Cola and other products for a time. He was also designated a deputy attorney general for the State of Alabama and assisted the Alabama attorney general’s office with the legal work including litigation associated with the process of redistricting that followed the 2010 Census. In addition, Jack was a member of the Georgia Advisory Committee of the United State Commission on Civil Rights.

While in the Washington, D.C. area, from August 2007 to June 2009, Park served as special assistant to the inspector general for the Corporation for National and Community Service, the umbrella organization for the AmeriCorps, Senior Corps, and Learn and Serve America programs. The inspector general’s office conducts independent and objective audits and investigations to make sure that the corporation and the grantees that receive corporation funds use them in compliance with the applicable federal laws, regulations, and grant conditions.

From 1995 to 2007, Park served as a deputy attorney general and assistant attorney general for the State of Alabama. He started working in the Criminal Appeals Division, where he represented the state in non-capital criminal appeals before the Alabama Court of Criminal Appeals and the Alabama Supreme Court and in habeas corpus proceedings in federal court. In January 1998, Park assumed responsibility for representing the state, its agencies, and employees in redistricting, voting rights and election law, employment litigation, institutional reform litigation, and construction cases in state and federal courts both at trial and on appeal.

While assistant attorney general, Park contributed to three victories in the United States Supreme Court. He wrote the petition for certiorari in Alexander v. Sandoval, in which the court held that a private plaintiff cannot sue a state agency to enforce the disparate impact regulations promulgated under Section 602 of the Civil Rights Act of 1964. The National Association of Attorneys General recognized the Sandoval certiorari petition as one of the best briefs filed by an attorney general’s office during the court’s 2000-2001 term. Park also wrote the jurisdictional statement in Sinkfield v. Bennett, in which the Supreme Court unanimously held that the plaintiffs who challenged the constitutionality of the legislative redistricting plans that Alabama adopted in 1993 on the ground that they were the product of unconstitutional racial gerrymandering lacked standing to pursue their claims because they did not live in the districts they said were unconstitutionally drawn. Finally, he helped write the jurisdictional statement in Riley v. Kennedy, in which the court held, after briefing on the merits, that the decision of a state trial court that was precleared while on appeal and later reversed by the Alabama Supreme Court did not become the baseline for evaluating changes to the state’s voting laws.

Park worked in the Birmingham office of what is now Bradley Arant Boult Cummings from 1985 to 1995. He concentrated his practice in construction and public contract law, representing owners, contractors, subcontractors, suppliers, and sureties in lawsuits, arbitrations, mediations, and other proceedings.

Park served in the U.S. Army JAG Corps both on active duty and in the reserves. While on active duty, he represented the United States in appeals from court-martial convictions in what are now the Court of Appeals for the Armed Forces and the Army Court of Criminal Appeals. Park wrote more than 250 briefs and argued 25 cases in those courts. As a member of the Army Reserve, he provided instruction in criminal trial advocacy at the Army JAG School.

Over the past 30 years, Park has co-written book chapters and papers on construction and public contract issues. He has also published articles and white papers for The Heritage Foundation and the Federalist Society, as well as legal backgrounders for the Washington Legal Foundation, blog posts that appeared on The Heritage Foundation’s Foundry blog, and op-eds that have been published in The Washington Times, The Richmond Times-Dispatch, The Mobile Register, The American Spectator, Human Events, Legal Insurrection, and Townhall.com.

Jack graduated from the University of Virginia with a B.A. in History and received his J.D. from Yale Law School in 1980. He is a member of the Georgia and Alabama state bars.